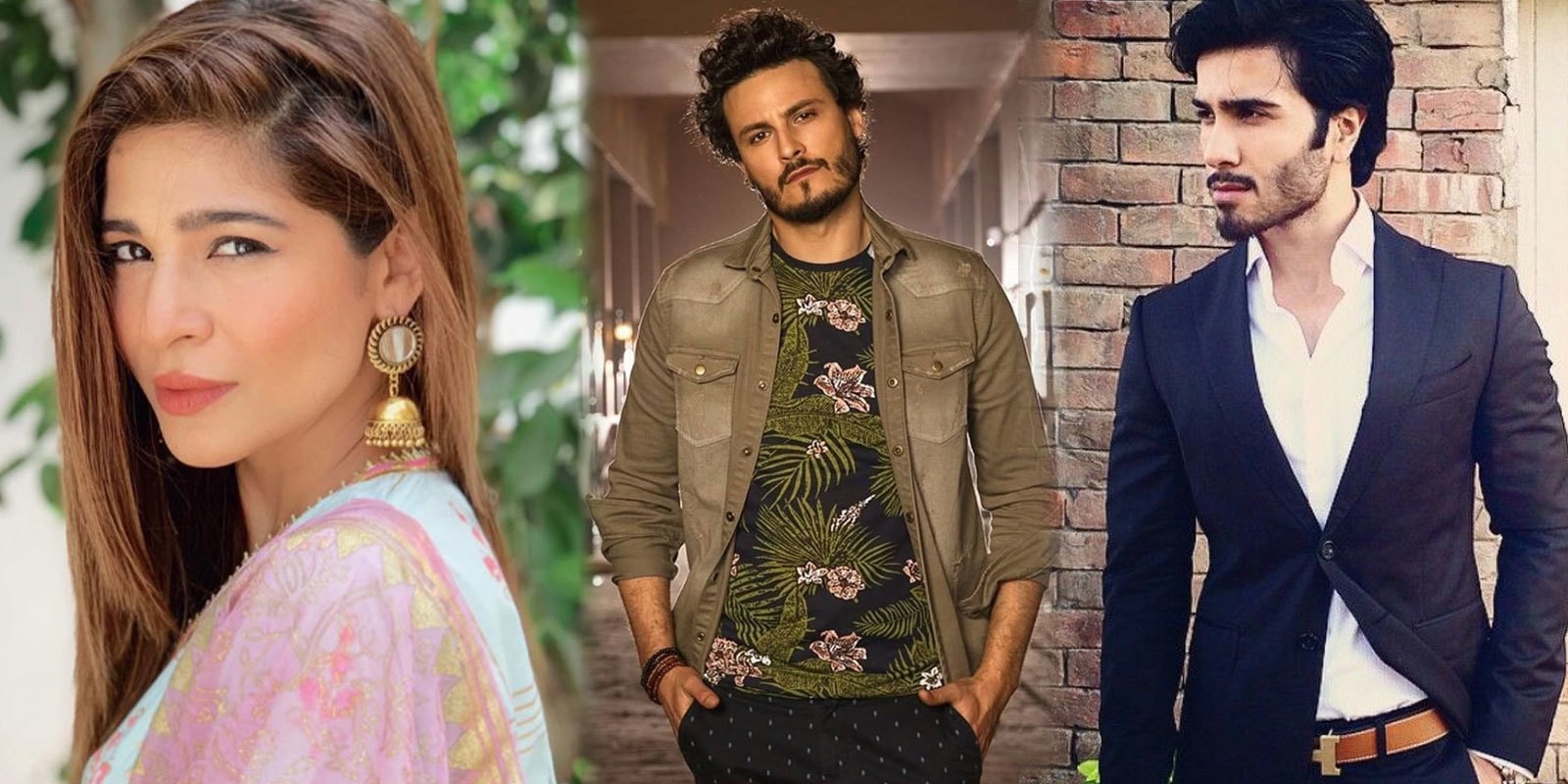 The horrific incidence of the Lahore Motorway gang-raped case has shaken the conscience of the whole nation.

Expressing pain and disbelief, Social media burst into outrage as many celebrities and public figures spoke up for the victim and demanded justice with exemplary punishment for the perpetrators of the heinous crime.

Actor Osman Khalid Butt asked the authorities to look into the matter of her call for help being denied by the Motorway Police.

Please investigate this as well:

'She called the Motorway Police's emergency helpline 130 for assistance. However, she was told by the operator that she could not be provided help as the emergency beat had not been assigned to anyone.' https://t.co/kEAKIEFX0p

- I will always count on your statement that Pakistan will be “Riasat e Madina” and if you don’t hang these monsters raping and killing children and women in the open nothing can ever be changed ... just make one example. Public execution is what I demand @ImranKhanPTI

Armeena Khan said that incidents such as this add to the sense of fear in citizens, "This piece of news has suddenly made every woman (including myself) feel unsafe," Khan said.

Mother of two gang raped in front of her kids (she’d run out of gas on the motorway). Two men broke through her windows, dragged her into the bushes to brutalise her. pic.twitter.com/ZzluWbeoPF

Bulbulay star Ayesha Omar posed the question as to what a woman was to do in case she didn't have a choice but to step out of her house when it was late?

One day it’s a 5 year old child. The other, a 4 month old baby. Today it’s a transgender activist, who was asking for protection a year ago. What do we have to say about ourselves as a nation. We can’t protect anyone. Except our egos. #JusticeforGulPanra

Churails actress shared her words on this sad Motorway incident. She posted on her Instagram and urged higher authorities to punish these rapists.


Every day a new case of rape, murder and heinous crimes! Why is it that the Islamic Republic Laws only apply to the harmless people, the poor & other minorities? Why haven’t we seen actions taken against these criminals, rapists and inhuman people? How many mothers, sisters and daughters will get rapped and murdered for our politicians to take action and expose such sick minded people? When their own daughters and sisters will be the victims? Shame on us, shame on our highway police that never respond on time. Shame on our government that can’t provide any sense of security to it’s citizens and shame on us for thinking Pakistan is a safe country for any single woman driving her kids back home! It’s heartbreaking, blood boiling and extremely sad to see this news!

Actress Ushna Shah wrote, "The irony that I tweeted "I’m okay with this" to a video of a rapist being stoned to death an hour prior to news of mother raped in front of children on motorway and to days after news of five-year-old Marwah, shows how deep in trouble we are as a society."

The irony that I tweeted "im okay with this" to a video of a rapist being stoned to death an hour prior to news of mother raped in front of children on motorway & 2 days after news of 5yr old Marwa shows how deep in trouble we are as a society.

Shan Shahid reacted on this heinous act and tweeted;

#Humanitybleeds #justicesleeps the owners of justice quiet .the victims wait . Life is a trial between the powerful &the powerless . And all who stand quiet today will be judged in the courts of the ALMIGHTY where no one shall escape his deeds.#justiceformarwah #motorwayincident

Motorway rape case, responsible personalities are those who opposed #PublicHangingOfRapists bill and they are @BBhuttoZardari @fawadchaudhry @ShireenMazari1, please answers


Hey Rapists,Real men don’t force themselves on anyone but you wouldn’t know that because you’re all weak,low life scum with microscopic genitals.And when you hurt our sisters & our children,then you hurt us all. Be scared,We are coming for YOU! #WeWillFindYou #WeAreComingForYou

This sad incident happened on Motorway when a lady was going to Gujranwala along with her 3 children unfortunately she has to stop near Gujarpura due to patrol shortage, Two armed attacked on them and broke the screens of the car. They took women and her children in a nearby field at gunpoint. They gang-raped the women in front of their children in a field. They also snatched her jewelry and 1 lac rupees, than ran away. So far, twelve men have been taken into custody over their suspected involvement in the rape of a woman on the Sialkot-Lahore motorway.
Share FacebookWhatsAppTwitterLinkedinEmail